I love my brother-in-law Hunter. He is basically my new favorite person ever.

See Hunter has this girlfriend Ryan that he loves very much.

They've been together almost exactly as long as Ditz and I have been. They are high school sweethearts who have managed to stay together through their first two years of college.  I'll get back to them and a second. 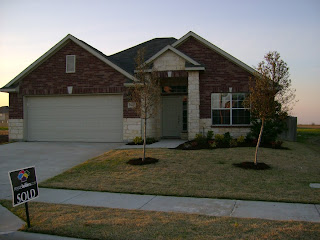 When Ditz and I knew that we were going to get married, he got me an unconventional engagement ring.  Yeah, it's a house.  We spent the money that would have gone towards an engagement ring as a down payment on this puppy.  I love it and it's great, but looks really huge on my finger... : ) 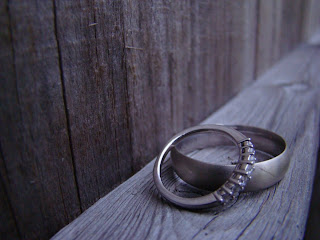 This is the picture of our wedding rings that I took back in 2008 when we got married.  I got a simple diamond band, nothing fancy... just a ring. Now is the time to go back and pick up the Hunter and Ryan story.  Hunter is proposing to Ryan at Christmas - pretty sure she doesn't read my blog - oh crap if she does.  Hunter has picked out the ring, just needs to pick it up.  I haven't seen it, but I am sure it will be lovely.  So on our drive back to Fort Worth from Paris, Ditz said that he just couldn't be beaten by his baby brother.  I laughed and said, yeah it'd kind of suck.  There was a little more conversation on the drive home, but not much.  I do believe I told him he had thirty days give or take if we wanted to beat him. Mind you we've been married for fifteen months now.  After we got home and settled for a few minutes he said we should go to a jewelry store just to look. We went everywhere. Ditz was looking for a near flawless diamond and I was looking for a style that I liked.  We landed on one we could both agree on and I thought that was it. We'd get it later.... and then he did something very un-Ditz like. He said let's get it.  So here it is my photo of the day: 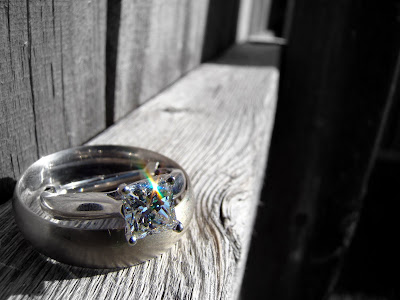 I purposefully recreated a similar looking photo that I took last year. And there you go.  He finally bought me the diamond ring. All because of a little sibling rivalry. 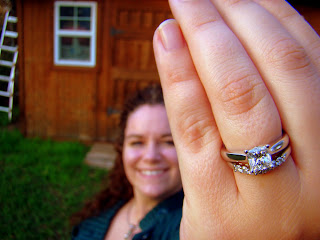 And here's a photo that I told Ditz to take of me and my new fancy dancy ring. It still needs to be sized, but I wanted to wear it for a few days just to show it off! And the best part of it?? It's paid for. : )