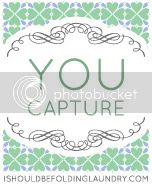 Over at I Should Be folding Laundry the theme this week is real life. So I took a few shots which I typically wouldn't show anyone!  Who wants people to know that this is their real life? Lol... 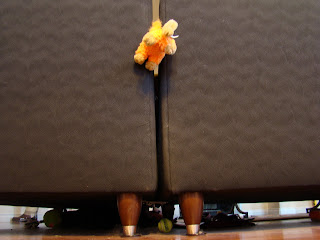 So, I don't have any kids. Just a husband (who is 5) and a dog.  I came home from work the other day to find this.  That's Chase's favorite horse toy stuck in the couch where it comes together (it's a sectional).  Ditz is convinced that Chase will eventually save it from the horror of being stuck like that, but it's been two days and so far nothing. And he won't let me remove it.  A few other things to point out are: there are three other additional dog toys under the couch along with a lot of dog hair and I can see two pairs of my shoes.  How funny. 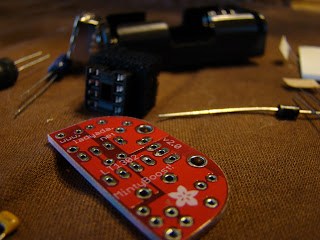 Speaking of that lovely husband of mine.... he's an engineer. Loves taking stuff apart and putting things together.  This lovely set of things which I can't really identify is sitting on our dining room table. This is his latest project.  He's making a Minty Boost (click the link to see what it is), which may never get finished at the rate he's going. 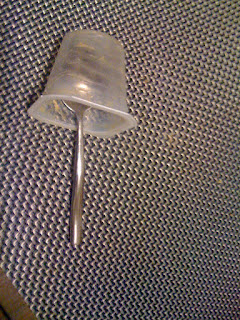 This is a pudding cup. On the coffee table.  It is not my pudding cup. I just woke up to find it here.  Maybe someone broke into the house and didn't steal anything - they just ate a pudding cup and then left it for me to clean up.  Surely no one else in the house would do that....... 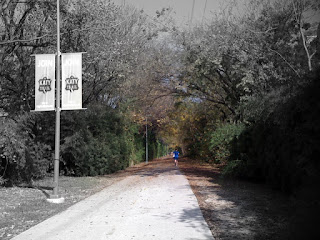 And to stop picking on the hubby, I look forward to my lunch time runs at work.  Maybe someday I'll get faster.  When I decided to snap a picture (with my iPhone - I don't carry a camera) of the beautiful path, the guy in blue was way behind me.  Which means he caught up with me and passed me in the amount of time that it took me to turn on the camera feature and stop.

Interested in more real life photos? Head over to I should be folding laundry.