Dedication:
1. a devoting or setting aside for a particular purpose
2. self-sacrificing devotion

I am dedicated to the Friday photo walk, completely, totally and 100%. Last week I was sick, on my deathbed type of sick and still I did one. Granted it was a drive, but that was only because I barely had the energy to snap a picture, much less walk somewhere. Now it’s week 3; the temperatures are in the mid 30’s and it’s raining. I thought about not going. I don’t own a heavy coat, just a bunch of small jackets. I also don’t own an umbrella. Such a random thing not to own, but I don’t have one. The reasoning is the same for both, for as little time as I would use both, I would rather just be without. Running between the car and insert place here is fine for me sans jacket or umbrella. Ironically, I do own not one but three pairs of rainboots, so I was all set on the footwear front. So, it’s cold and wet, but I am dedicated. I am going to do it. I just need to borrow an umbrella, not for me mostly for my camera. I am way more concerned about it. So I use my friend Natalie’s pink umbrella and I tuck my jeans into my rainboots and put on my light jacket and head out. 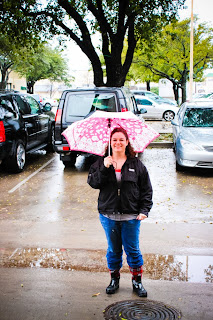 Seriously, this is what I looked like. Cute, huh? I could totally be a fashion model. All that being said (and shown). I did go to Glencoe Park, which is on my list of parks in the area to visit for these photo walks. There’s not really a lot here: a baseball diamond, a small playground, a tennis court and a small walking trail. It’s also right near the freeway, so it wasn’t very relaxing and I was so concerned about getting the camera wet. 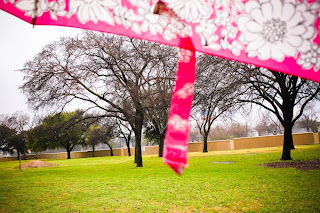 This is the photo of the day. I debated it a lot. I purposefully got the umbrella in the shot and focused on the tree instead on the umbrella.  Not 1000% sure it was the right choice, but I've made it and it's the one I am sticking with. : ) 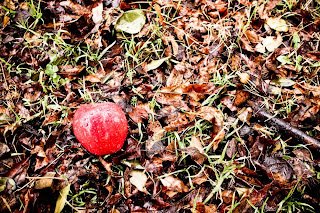 This was on the ground. 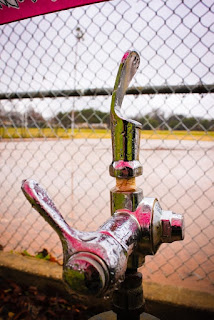 You can see the reflection of the umbrella. 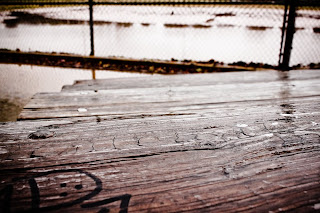 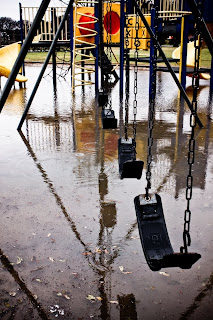 I love pictures of swings. 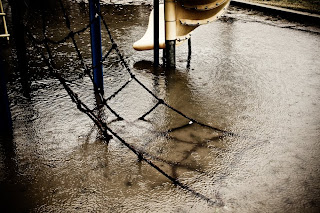 This is about three inches of water which I trudged through to get a better picture. 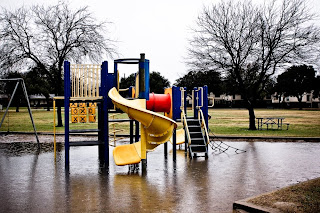 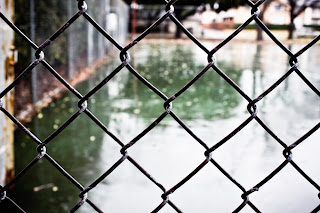 And no one was playing tennis. 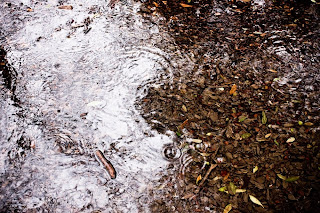 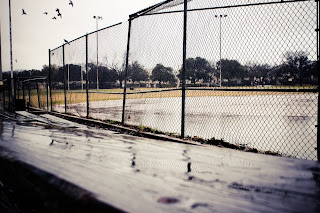 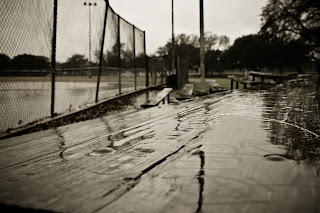 The other side of the field. 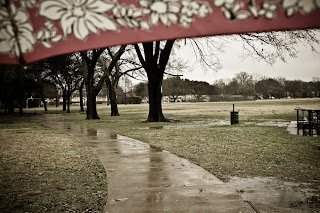 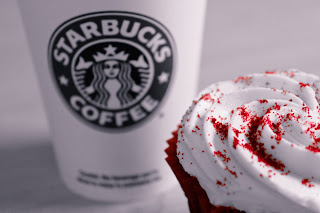 And if today wouldn't have been Friday and I wouldn't have gone on the walk, then this would've been my photo of the day.  Our local Starbucks is now carrying cupcakes.  It was awful. I mean really bad, but at least my boss bought it for me so it was free and it took a pretty picture! : )
Posted by Sarah Jones at 3:45 PM