I am sure that is true to a certain extent, but I’d rather believe it’s all the hard work I’ve put in over the last two weeks. Three weeks ago when I was dying from the hundred millionth cold of this season I ended up at my doctor’s office twice. We had a long discussion about why I get sick so often and he told me if was more than likely because of my stomach issues. Good digestive health leads to better health overall. So, he put me on a strict gluten-free diet. Plus he added probiotics and these cool veggie pill multivitamins. I should tell you that I love bread. LOVE CARBS. I’d marry carbs if it was legal, but it’s not. I never went on the Atkins diet because I just couldn’t live without them, so I literally thought I would die. I went to the store bought a bunch of gluten-free products to replace the wheat products that I’d be giving up. I will tell you some are not great, but Pamela’s Ginger Cookies are phenomenal. And the best part about those cookies is that they are also dairy free. It is also really nice that Ditz won’t let me cheat. I am pretty sure I would’ve by now, but if I was with him, no cheating allowed. And now that I am two weeks out, it’s not so hard anymore. (However, I have dreamed once or twice about bread). 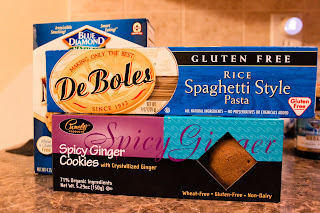 Anyway, back to the placebo effect. Our entire office was hit with a stomach bug. Everyone has had it except for me and one other person. And I mean everyone. It was a nasty little bug; the kind that would’ve knocked me out for days. But guess what? I didn’t get it. It’s a very fast spreading bug, so theoretically if I was going to get it then I should have gotten it on Friday or over the weekend. I am so excited! Of course, Ditz thinks there is no way that it could’ve worked this fast and maybe not, but I’ll take the placebo effect!!
Posted by Sarah Jones at 7:58 AM