Alternate title: Free!!  I only worked a half day on Friday so I was not bound by geography for this Friday's walk.  I had originally planned on going to Lakeside park again before I decided to take the afternoon off.  There's this park off the freeway (right off the freeway - ugh) in Irving which I only see on my way to and from work. I am never going to stop on my way home on a regular workday, but opted to stop on Friday. (Ditz and I had plans but I didn't have to be home until 1:00 pm).  So here is Jaycee Park in Irving, Texas! 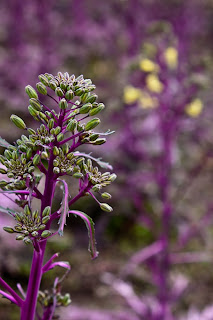 Photo of the Day. This was in the Native Texas plant section, but I have no idea what it is. 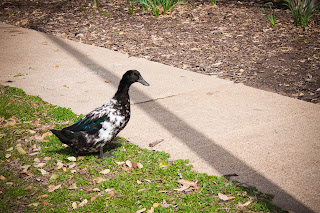 There were tons of ducks and they didn't get a rats behind about anyone walking near them. 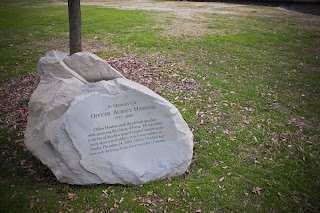 This is in the Irving police fallen officers grove. Each officer has a tree and a rock. 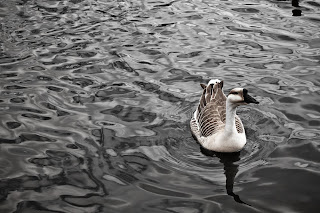 This guy. He was my friend. 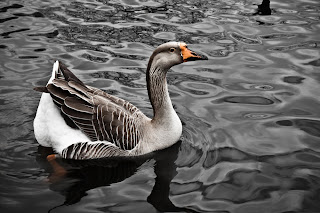 This guy not so much.  He freaked me out. 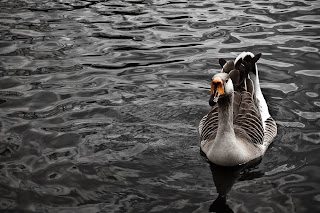 He started coming towards me and eventually got out of the water. I think he was going to eat me. 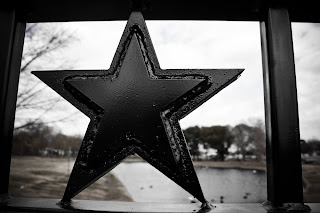 I loved this bridge. 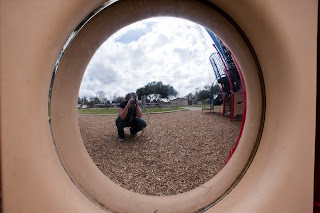 I don't intend to always include a picture of me, but sometimes the opportunity just arises. 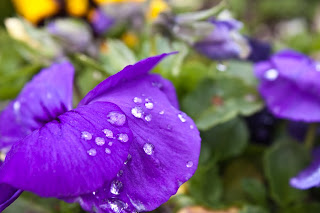 They had just run the sprinklers. 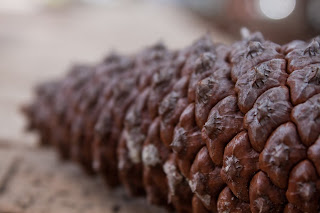 And one last picture!  See you guys tomorrow!!
Posted by Sarah Jones at 7:28 PM