Saturday was Scott Kelby's World Wide Photo Walk and Ditz and I did ours in Fort Worth.  So you may have been thinking this whole time that I was nutso and that no one did these "photo walk" things. Wrong.  33,483 people did their walks on Saturday all around the globe.  There are prizes for the winner, which means someone has to sift through 33,483 photos (we're all allowed to enter one).  So here are mine & Ditz's photos from the walk, but first my POTD, which was taken on the walk: 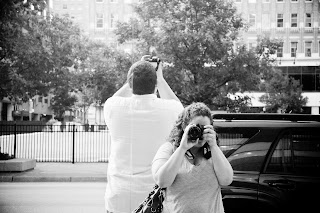 This is one of those times where choosing a POTD is hard.  Do I go with the best photo of the day or one that is not technically as great, but has more meaning.  I opted to go with the one with more meaning. I took this picture in an dirty window. That's me and that's Ditz.  I really don't know what he's taking a picture of, but I chose this one as the POTD because he couldn't have cared less about going and spending two hours in a hundred degree weather taking pictures. But he went for me and didn't complain, not even a little bit. 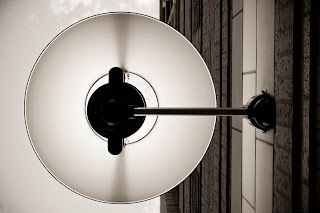 This is the one photo that I entered into the contest.  I like it. Not sure if anyone else will.  It's a light in case you are wondering. 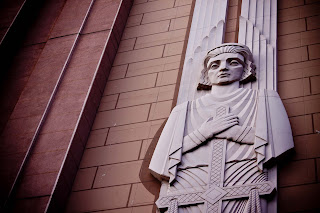 This was the runner up picture for me, but I opted not to use it because everyone and their brother in my group took pictures of the angels on the courthouse. And since there is a Fort Worth group prize, I figured I'd go with something different than everyone else. 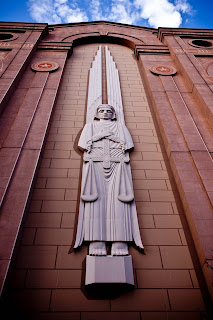 Another shot of the angels. 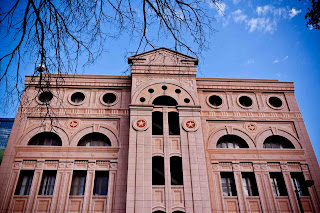 This is the back side of the building where Ditz and I got married. That's all faked, which is weird. 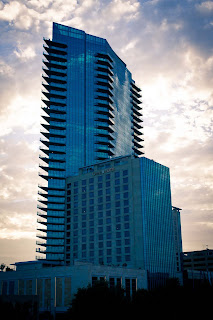 This is the Omni in downtown Fort Worth. A funny side note is that the condos in this building are decked out with the appliances that my company distributes.  This building was a nice bit of money in our pockets. : ) 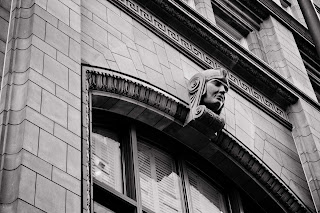 I was taking a picture of the front of ths building when a lady who had clearly been drinking, stopped and told me I should go around to the side of the building because there were heads. I am pretty sure I looked at her like she was crazy since it was entirely clear that she was talking about these types of heads. 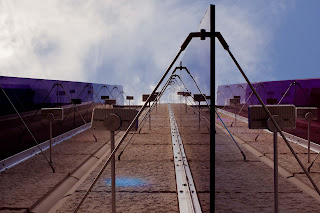 I had higher hopes for this shot, but alas it's not as awesome as I envisioned it in my head. 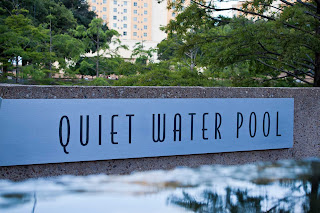 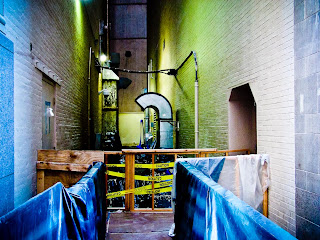 This is the one he entered for the contest.  I really loved all the weird, funky colors.  Plus, who else takes a picture of an alley under construction. (The answer is both of us and I wouldn't show anyone what mine looked like, it was pretty bad) 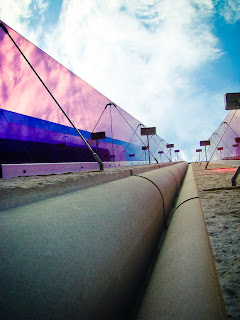 His shot turned out better than mine. This building was pretty cool. 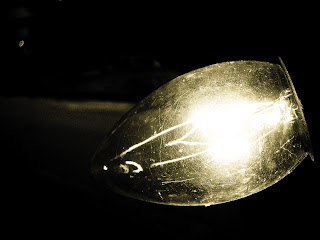 I liked this one a lot, but it kind of hurts my eyes to look at. Isn't that funny? 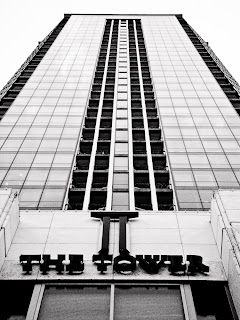 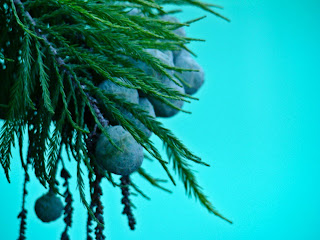 And last but not least, I loved the blue background on this one.  Very weird looking!
Posted by Sarah Jones at 7:11 AM