It seems like forever since I have posted! I have many excuses, but the number one excuse is time.  I have just been so busy since returning from vacation.  Working late nights means very little time to do what I truly love to do.  Doesn't mean that I haven't been taking the pictures, it just means that I have had no time to do anything with them. So my goal this evening is get a few days worth posted....so be forewarned! 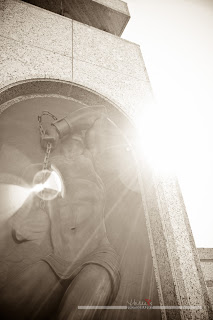 This is my photo of the day taken at the Freedman's Cemetery Memorial Park.  This was a freed man's cemetery beginning in the early 1800's through early 1930.  After the city of Dallas began planing the Central Expressway in the early 1930's they removed all the head stones and laid the road on top of the graves. In1965, the city agreed to put up the memorial, but it wasn't actually funded and built until 1990.  See all the cool things that you learn from my photo walks. 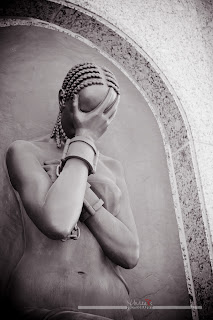 This is the lady (the man was above) I had a really hard time choosing the man vs the woman for the POTD, but at the end of the day the sun flare one.  I am so predictable. 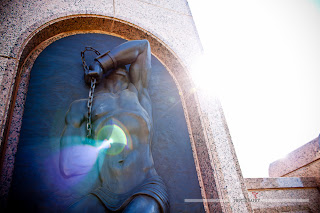 Here he is in color. 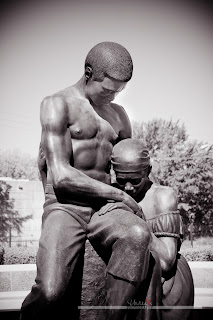 One of the statues in the middle. 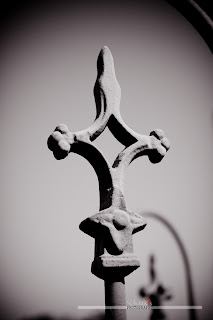 The fence.  I just really liked it. 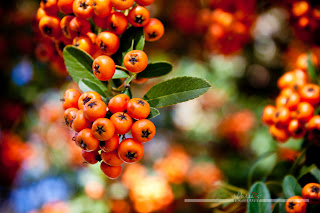 And orange. It's my favorite color ever so when I saw these guys I knew I had to snap away! 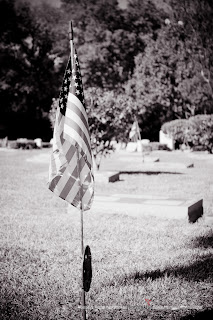 Directly next to the Freedman's Cemetery Memorial was another cemetery which I peeked my head in and took a few shots.  They had tons of flags, which I think are really nifty. 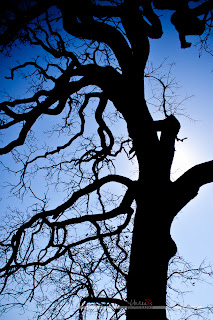 And last but not least is this tree.  You may be wondering why it's cropped weird (or maybe you weren't). I had to get rid of a light fixture on the right that totally detracted! Why can't people think of photographers when they are putting up light poles? : )
Posted by Sarah Jones at 9:12 PM