It's that time of year again. The time where people are out making New Year's resolutions. Last year I tried something new. I chose one little word to be my focus for 2010. Just one little word, that's all I had to think about all year. And you know what, I can 100% say that I nailed it. I never let that word stray to far from my mind and as of December 31, 2010 I can safely look back at the previous year and find that word everywhere. (If you want to know my 2010 word, you'll have to read about it here).

I started thinking of my word this year in early December. I narrowed it down to two, but they don't call it two little words so, I had to make a choice. And then about two weeks ago one word took the lead and left the other word in the dust. It was literally calling to be my word.

I know, I am dragging this out, but some of you may not be familiar with the one little word movement. It was started back in 2006 by Ali Edwards and has really just grown from there.  She has a total way with words:


I am also excited to by taking a year long one little word class over at Big Picture Classes. It's monthly project to keep my one little word focus.  At the end of the year, I'll even have a scrapbook of my one little word projects, which is super fun!  The gallery over there is starting to fill up with everyone's opening project. Basically, it's about your word..... and here is my homework: 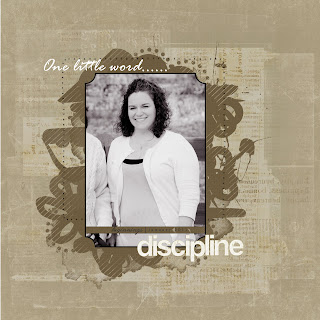 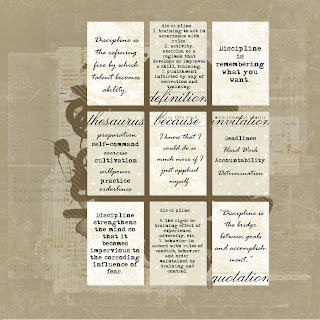