Well, we were supposed to be in Arkansas today, but we got 3 inches of snow here and my parents got 13 inches of snow at their house, so our Arkansas trip for the year got cancelled. Instead we spent the day inside watching a Raising Hope marathon. We watched the entire first two seasons. 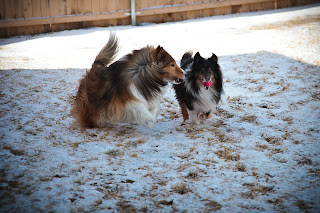 It was FREEZING cold, but I did go out for a little bit and get some shots of the dogs playing in the snow. We actually do have more snow in a different part of the yard, but when I'd throw the ball over there I would end up having to go get it since they kept losing it in the snow.

I also took a few other shots. Here they are for your amusement. 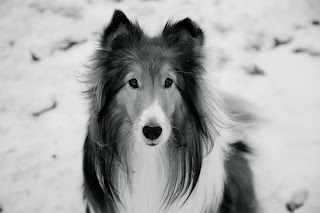 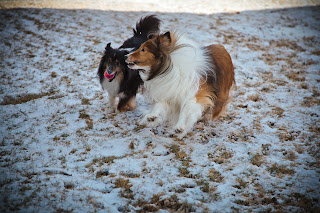 Generally Chase gets the ball and Hannah just runs with him and barks. 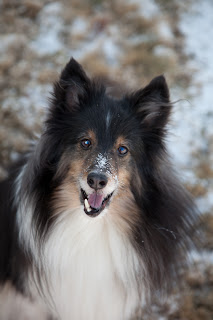 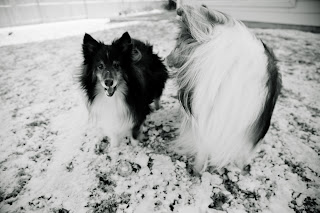 And every now and again I pick up my brownie project and I thought the snow would make for a cool back drop. 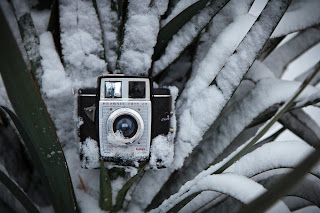 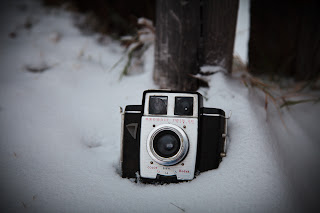