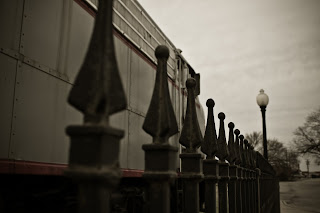 City of Keller Whistle Stop Spur. We ran a few errands and then made our way to downtown Keller. We stopped at the antique place and then went over to the BNSF train display.

And also some fun facts:

In February, I took nearly twice as many photos as January with 2,265 pictures.

65 were pictures of shoes.

February 8 I took the least amount with 4.

Just interesting by the numbers kind of thing.
Posted by Sarah Jones at 7:10 AM