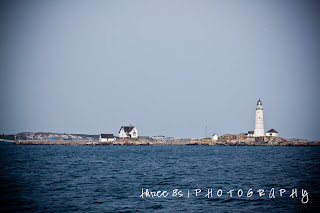 First day in Boston.  We went on a whale watching tour and saw tons of whales!  It was so very cool.  You'd think that I would have gotten a good whale shot, but I didn't. Want to know why?  I had a 70-300 mm lens and I couldn't go wide enough. That's right, they were so close I needed my 24 mm lens but I wasn't about to change lenses on the rough sea! So, I choose this one instead! Very typical New England lighthouse on the water.  I hope to not bore you guys with tons of pictures, but be prepared, there are a lot of them.  Here are some of the good ones from our first day! 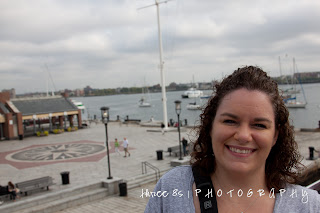 Here I am waiting for the whale watching tour to begin. Shocking a photo of me. ; ) 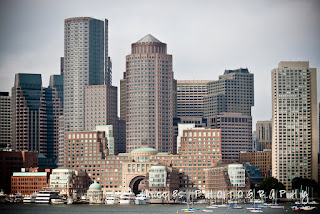 The view from Boston Harbor on our way out.  I wish the day wouldn't have been so dreary! 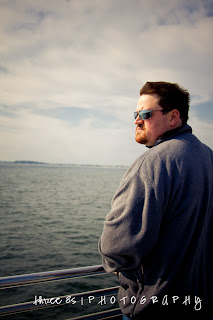 Hello, Mr. Jones. One he didn't know that I snapped. 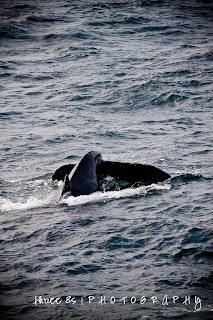 The whale.  They were quite playful! 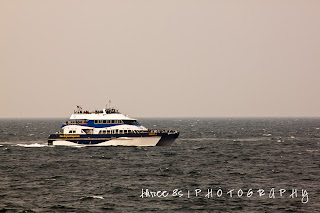 We were on a boat very similar to this one. We were on the top deck. Rode the entire way out on the top deck, it really sucked.  We thought we were securing our spots but when we stopped everyone come up and pushed into spots all around us. 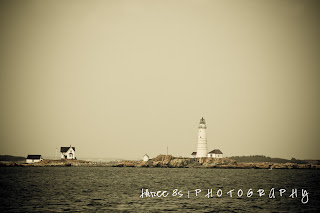 Yeah, this one is very similar to my photo of the day, except I made this one more moody.  I just liked the dreariness of this edit so figured I would share it as well. 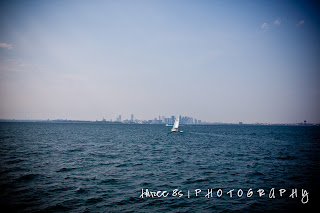 There were so many people sailing.  That's Boston in the background. Very cool. 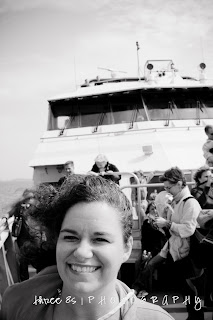 Me again. Please ignore the hair it was awfully windy.  It took me forever to get the tangles out that night. 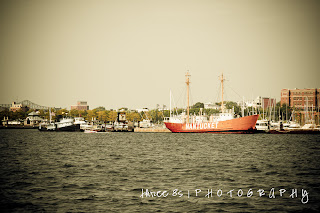 There once was a man from Nantucket.... I'll leave the rest of that poem to your imagination. 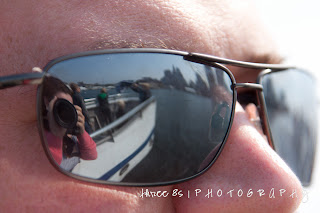 This one, too, almost became my photo of the day.  It's me, Ditz and the Boston skyline. 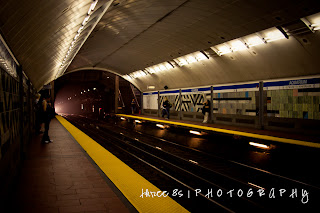 The subway.  We took it to and from the whale watching tour.  It reminded me of when I used to take the Trinity Train to work in Dallas.  Glad that's over.
Between the photo above and the photo below we stopped at a place in Chinatown called Xinh Xinh.  It was really good. Highly recommend it if you are in the area. 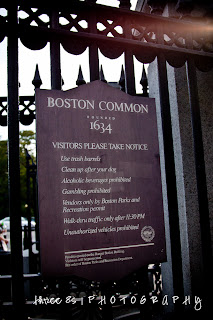 We toured Boston Common.  It was a lot dirtier than I imagined it would be.  I have a few more pictures from Boston Common, but I'll share those another time. 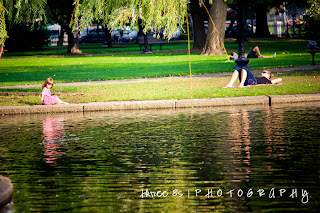 Boston Public Garden. Now this was a pretty park.  I watched this little girl play near the pond for a few minutes.  She was so cute. 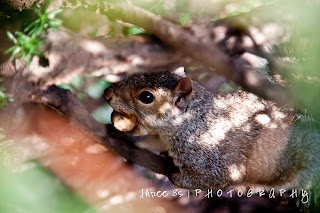 This photo by Ditz.  He terrorized this poor squirrel trying to take it's picture. 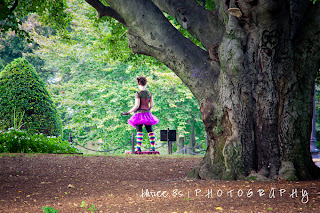 Street people.  She only moved every few minutes (or when cute little kids walked by her).
After walking through Boston Common, the Boston Public Garden and around Chinatown we made our way to Legal Seafood for dinner (it was OK, not great) and then to Finale for dessert.  Now that was awesome. I even ate pound cake.  It was worth the gluteny goodness.  Stay tuned for day 2 - Salem, Massachusetts.
Posted by Sarah Jones at 12:59 PM