The really sucky thing about being on vacation is that you shoot tons of pictures. OK, maybe not you, but I do.  And then it's really hard picking the photo of the day. Sometimes I go with the picture that sums up the day, but usually I go with the one I like the best which is what I did for the 26th. 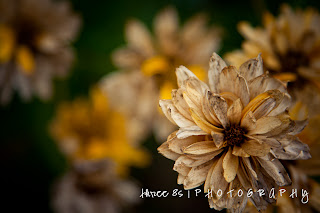 I don't know what these are, but I really liked them.  Some were still bright yellow, but most of them were this muted yellow. Whatever they are, I like them. 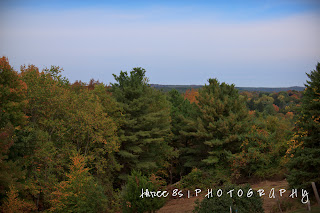 While staying in Southbridge, MA we stayed with Ditz's first cousin once removed (we looked it up can you tell? I had no idea what once removed meant). They have a beautiful home and were the most gracious hosts and hostess one could ever imagine. Seriously, the absolute best.  And I'm not just saying that because Pat sometimes reads my bog - hi, Pat!  Anyway, This is the view from their back deck.  Isn't it amazing? 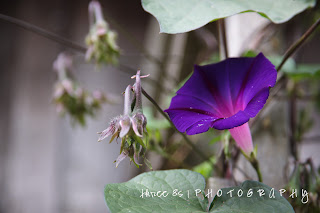 One of her flowers in the back yard.  There was a really big bee carrying pollen around. I tried to get it's face, but it was too fast for me. I was really amazed that the entire time we were there I didn't take one allergy pill.  We should think about moving there for that reason alone. : ) 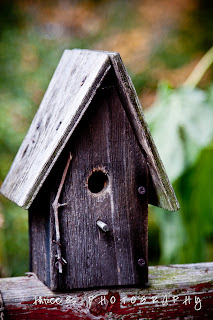 They had this little bird house, too.  I really like the fall color bokeh. Yummy, with a capital Y. 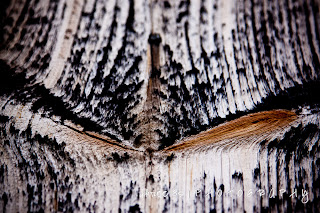 I think this piece of wood was frowning at me. Maybe not, but it looked like it to me. 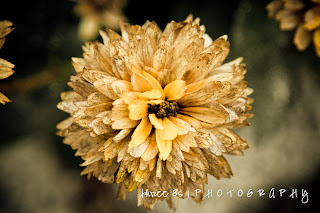 Another yellow flower. I really liked these things. 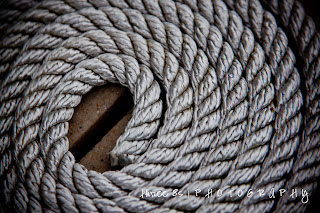 We drove over to Rhode Island for lunch (how often do you get to say that) and then afterwards Butch and Pat took us out on their boat on Lake Chargoggagoggmanchauggagoggchaubunagungamaugg. Yes, that is the actual name and Pat can say the entire thing.  I read an article at their house about how to pronounce things up north.  Their pronunciation of this was Lake Webstah or Lake Webster to us southerners. (It's in the town of Webster, did you gather that much from the Lake Webster name?) 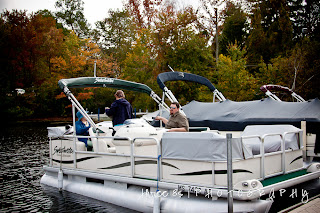 Here's the boat. That's Aunt Jane and Pat with Ditz.  Interesting facts about the lake: Lake Chargoggagoggmanchauggagoggchaubunagungamaugg, the full-length version of the name, is the longest place name in the United States and 6th longest in the world. Its 17 uses of "g" are the most instances of any letter in a word. The name also contains 10 instances of the letter "a" (not including the "a" in "lake"), more than any word in the English language 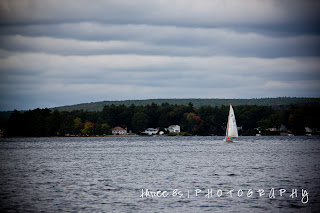 It was a little chilly and for sure overcast, but there were some other people out and about on the lake. 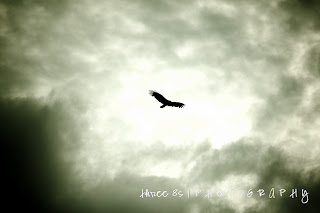 I tried to get a good picture of this guy.  In the end, I ended up with this.  It's got a certain creepy factor to me. 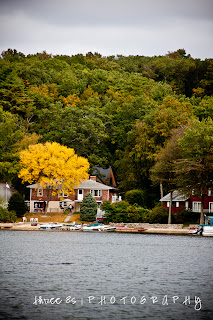 Look at that really yellow tree. If we would have waited a few weeks maybe more stuff would have turned colors. As it was we noticed a big difference in the week we were there. And then we came home to fall actually hitting Dallas, so that was nice too!
Posted by Sarah Jones at 9:44 PM