Are you tired of my vacation yet?  Well, I'm not so I'll continue!  On this day we took tons of pictures at the Notre Dame Church in Southbridge, but I am going to post those another day. Mostly because I haven't edited them yet and I have edited the rest of the pictures so there you go. 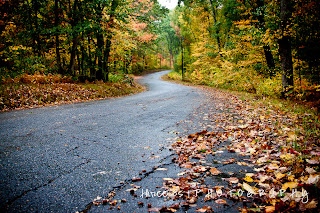 Can yout tell it's raining?  I mean absolutley pouring in this shot.  I really, really wanted to take this picture with the s curve so I stood out side the car, Ditz has the flashers on and I waited until I could take a clear picture. By the time I got back in the care I knew I was soaked and I also knew this would be my photo of the day. Gorgeous New England! 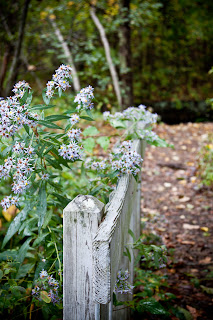 But before we were driving around taking pictures, we were wandering around a little trail we found next to a little shopping place.  I just wanted to take a picture of this cute little bridge and then I noticed a path so we went on an adventure..... 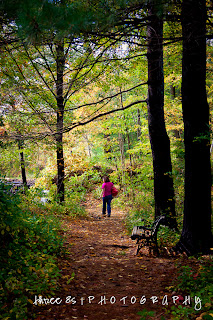 Ditz took this picture. Know how you can tell? I'm in it, which is random because he almost never takes my picture. So I thought I'd post it. : ) 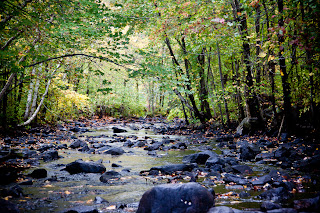 We brought home one of those black rocks. Not the big one right in the middle, but one of the smaller one just to the side.  Obviously we cleaned it first. 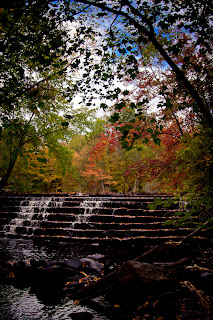 Here's the problem with two photographers.  I think I took this picture but it is entirely possible it was Ditz. 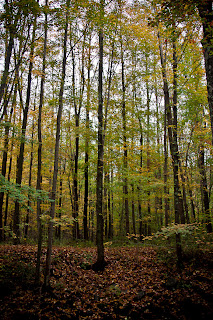 This one I know he took. How you might ask. Well, I took the two before this one and you could see more ground and less trees. He's taller and I had handed him the camera, hence he must have taken this one. 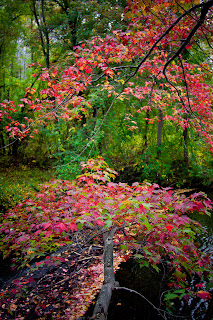 I do know that I took this one.  I had to really climb to get this shot. None of them turned out as awesome as I would have liked, but I am posting one any way since I risked life and limb to get it. 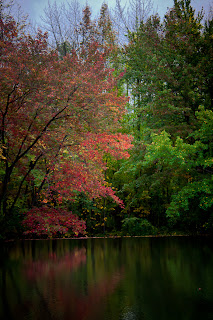 This is that red tree above, but from the other side of the pond. 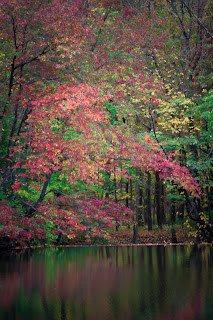 This one is a slightly brighter version. 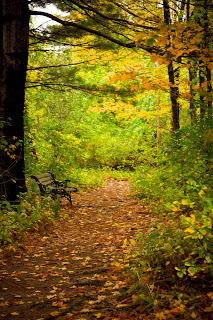 I would've totally taken a break here except the bench was wet because it was raining. That's right, raining. Ugh. 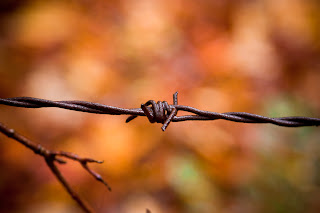 And this is not something super spectacular, but I just LOVE fall colored bokeh! Be still my heart!
Posted by Sarah Jones at 10:10 PM