More pictures! All from the cell phone this time around and most done with Hisptagram. 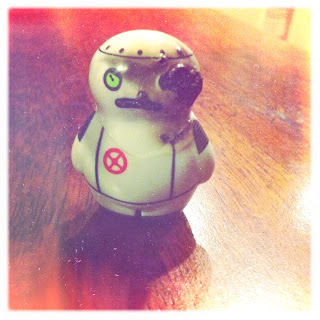 01.26.12 - Readers of this blog for a long time might recognize this disfigured toy from a Capture Your 365 prompt from last year. I honestly thought I'd thrown it away, but it turned up again. 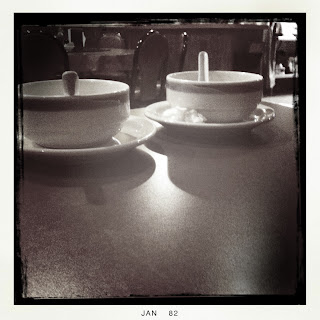 01.27.12 - Dinner out with the hubs. We went to this great Asian place that comes with soup as a starter. It was so good. 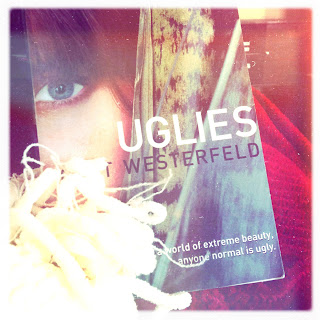 01.28.12 - Uglies by Scott Westerfeld. Loved this book.  By the way, even as far into the series that I am. I'd still choose to be pretty. What does that say about me? (You'll see the sequel, Pretties, below and probably next time the third book, Specials, and the fourth book, Extras). 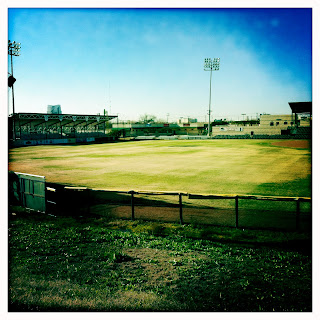 01.29.12 - Accidental 7 mile run with the hubs. It was a six miler on the schedule, but I didn't count the detour to check out the Cats stadium and then we ran a little further looking for a place to sit at the "halfway" point. 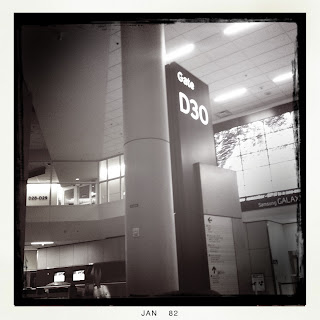 01.30.12 - Early morning flight to Phoenix that was delayed by an hour. These people suck. I'll be making this flight quite often for a while and I really hope that the delay was a one time deal, but based on the other people that are on this flight a lot, it happens all the time. 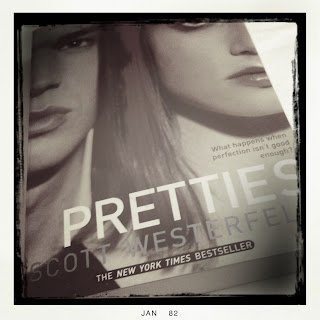 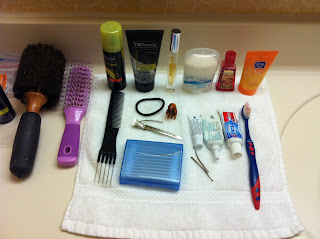 02.01.12 - When I left for work, all of this stuff was strewn all over the bathroom. When I got back the maid had put it in order and all nice and straight. I might have immediately messed it up after taking this picture. 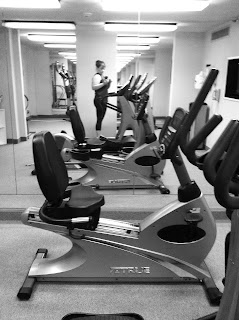 02.02.12 - Gym time. I did manage to hit the work out facility a few times. This night I did a few miles on the treadmill and then thought I would be cool and use the elliptical.  Here's the thing, the elliptical sucks. No lie. I hurt for three days after this. 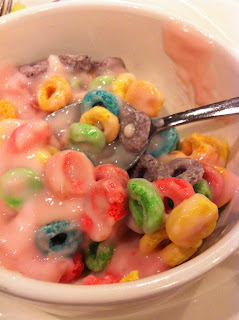 02.03.12 - I normally mix granola into my yogurt, but since I was staying at a hotel, they had the option of fruit loops. Fruit Loops make strawberry yogurt way better. I'm just saying. 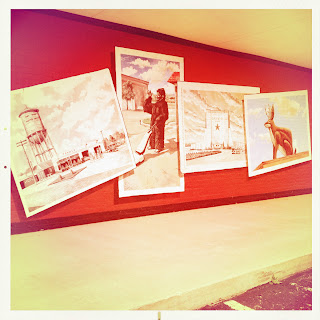 02.04.12 - Finally home from Arizona (for a little while at least). Went to a local Antique Mall and had to take a picture of the Yetti vacuuming that they had painted on the wall. It was too stinking funny. 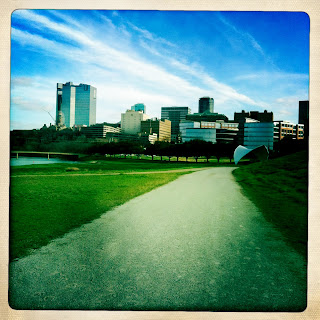 02.05.12 - 7.25 miles with the hubby. Beautiful day. We opted to go later in the day than normal and that equated to some stomach issues on my part, but it really would've been too cold early in the morning. When we started it was cloudy and grey. When we came around the corner and were running straight to Fort Worth, the grey had all burned off and we were left with a gorgeous day!

Until next time!
Posted by Sarah Jones at 7:18 PM